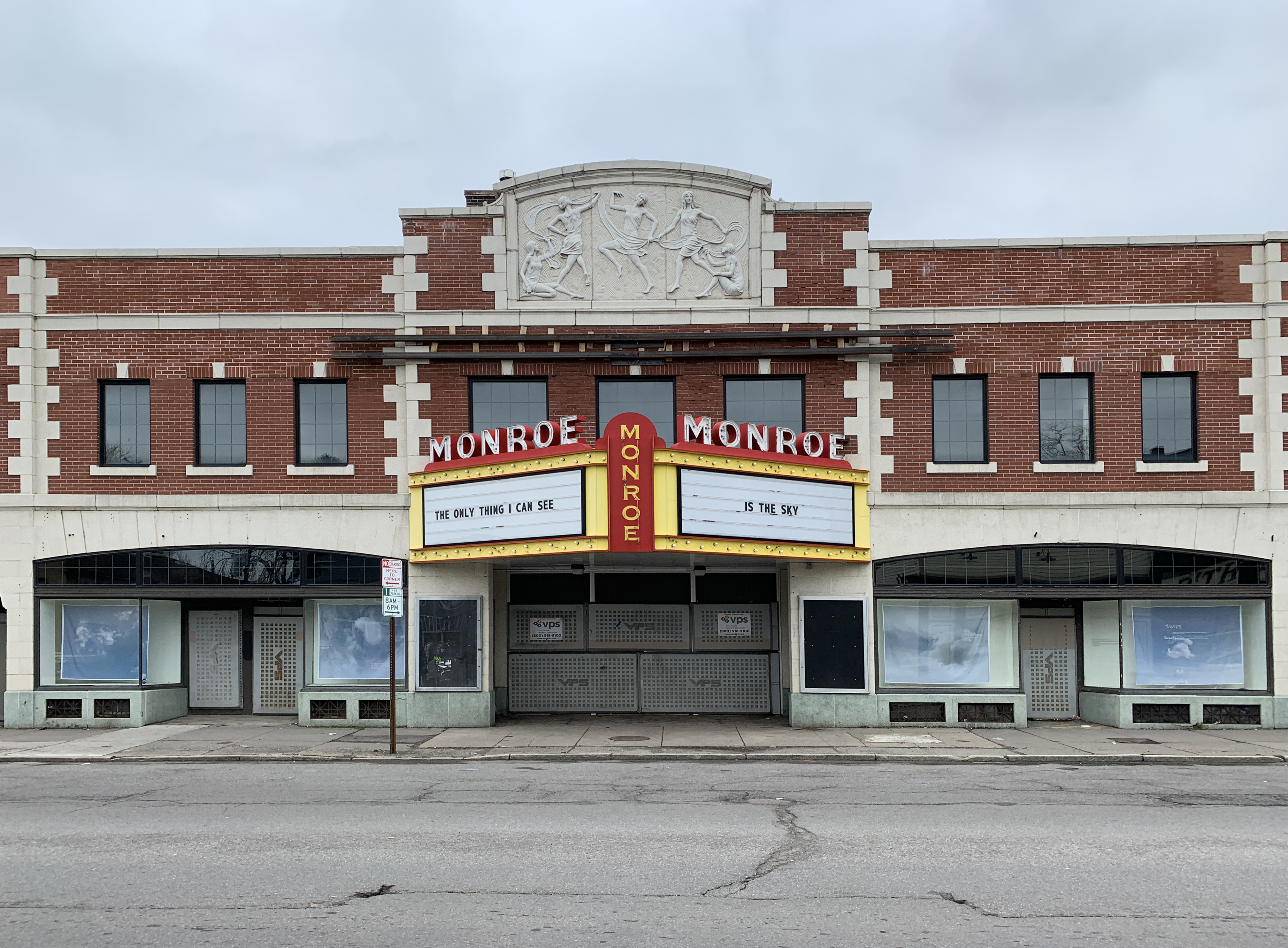 What makes Rochester a prison town? The Rochester Decarceration Research Initiative was formed to pursue this question. I am working with Evelyne Leblanc-Roberge, Associate Professor of Art at UR, on a public art installation entitled “The only thing I can see is the sky.” As Leblanc-Roberge’s research assistant and collaborator, I created a digital/analog campaign that provides viewers of the installation with more information on the project, the artists, and the wider research initiative.

View the project (optimized for desktop) at onlythesky.space, read more about it here, or view my visual essay for the project entitled “A Kite.” 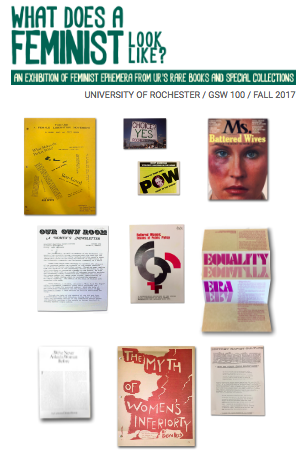 In the Fall of 2017, I taught a 4-credit undergraduate class entitled “What does a feminist look like? Art and Activism in the Second Wave.” As a final project, students worked with materials in the University of Rochester’s Rare Books and Special Collections Library that related directly to the class’s content and timeframe. Using WordPress, each student connected his or her selected object with artworks, publications, primary documents, and current events as a way of constructing a network of interpretation around the object. 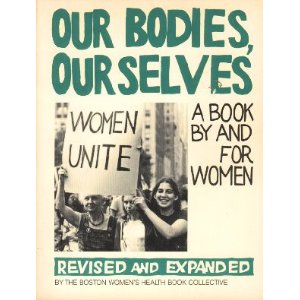 The design of the main page for the exhibition was inspired by Printed Matter Tables, and the header image is a riff on the cover of Our Bodies, Ourselves. 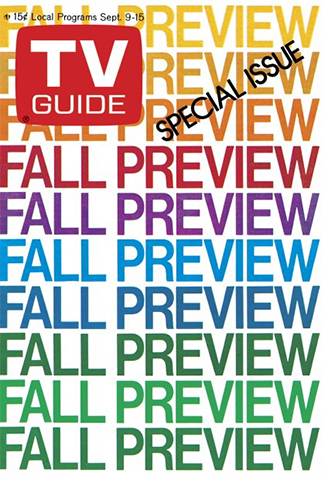 In 2016-2017, I worked as a Research Assistant on Televisual Time (REJ), a DH project organized by Assistant Professor of English Joel Burges. As this was a brand new project, we began at the ground level and spent much of the year thinking through theoretical and methodological questions. For Burges, the magazine was compelling as a physical instantiation of television’s temporal structure that, as a result, might be seen as a physical instantiation of time past. At the same time, it gives a zoomed-out perspective on TV that makes it akin to the kind of “distant reading” common to data-based DH analysis. With these comparisons in mind, what might a large-scale digital analysis of TV Guide tell us about the medium of television and, particularly, its way of structuring time? 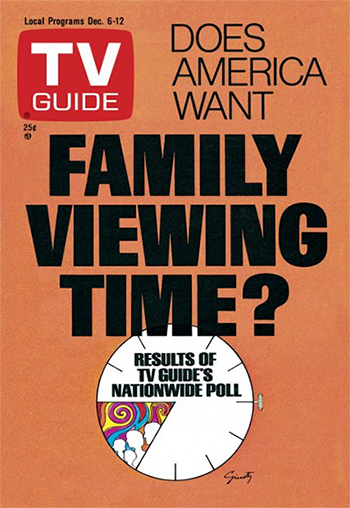 This project introduced me to the necessary—and often frustrating—preliminary steps involved in getting an archived-based DH project off the ground. The original plan was to use OCR to read digitized copies of the magazine. First question: are the materials already digitized? At what cost? Although a digitized archive was found to exist, it was beyond the budget of such a new project.

Our next attempt was to use microfilm, which we were able to procure via Interlibrary Loan. However, these materials turned out to be inadequate for our uses, since the magazine had been recorded at a very small scale: between 2 and 4 issues vertically per 35mm microfilm reel. Once scanned and viewed as PDFs, the text of the schedules was unintelligible to the computer, and often to us as well.

Next, we turned to the magazine itself, and thus to eBay, where we were able to purchase a selection of issues from each decade. After scanning the magazines, we were able to OCR most of the text, but many of the TV Guide-specific elements, such as times and channels, were not picked up. The evolution from a two-column layout to a grid and the corresponding shrinkage of text brought diminishing returns. 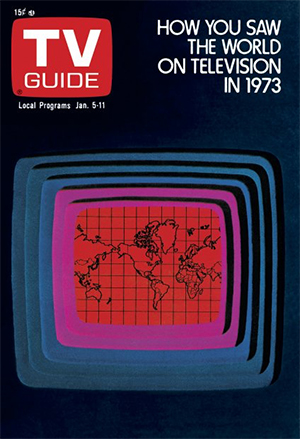 Given these setbacks, I decided for the rest of the semester to see what we could gather from the OCR files, rather than dwelling on what we couldn’t. I thus found myself turning away from time and toward more accessible questions of genre. From 1952, when the magazine was started, through the early 2000s, TV Guide included genres alongside many of its listings. These genres, however, were inconsistent, both in their identity and their distribution. Using text-searching software, I collected data about genre and published the preliminary results as a research report on the Mellon website. For me, the most interesting outcome was the idea of calculating genre distribution in minutes: how long, for example, one could spend watching all of the comedies on air in a given week (hypothetically or with the aid of recording technology). For 1998, this number—13,560 minutes, or 226 hours—far exceeds the total number of minutes in a week, being 10,080. An odd comparison, to be sure, but intriguing nonetheless. 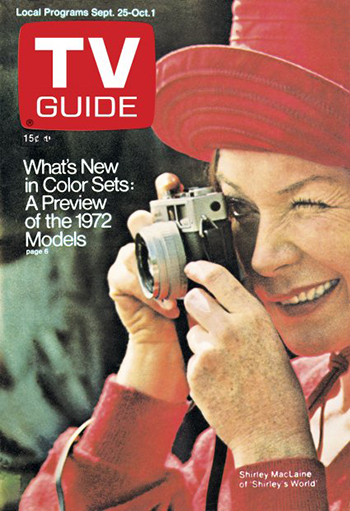 TV in the Seventies

In December 1972, LIFE Magazine published its last issue. Featuring “A Year in Pictures,” this final publication represented the capitaluation of the once-burgeoning illustrated press to the new world of television news. In 1973, TV Guide took up the mantle of annual retrospection with “How You Saw the World on Television in 1973.” How does the world look different in a magazine verus on TV? And what did this shift mean for photography as a broader medium? While these questions grew out of my TV Guide reserach, they have since become increasingly significant to my dissertation reserach on photography’s changing status as a mass medium in the 1970s.

In 2016-2017, I worked as a Research Assistant on ReEnvisioning Japan (REJ), a digital archive that explores changing representations of Japan and its place in the world in the 20th century. The project’s lead is Joanne Bernardi, Associate Professor of Japanese and Film and Media Studies at UR.

What drew me to Bernardi’s project was the dynamic between material and digital that is central to the archive’s mode of presentation. Her largest collection is that of postcards, printed images that—like photographs—are easily read as illustrations when digitized, rather than objects. Working with the team, I was able to see first-hand how collaboration between humanists and computer scientists can produce remarkable results, such as the high-resolution viewer plug-in developed specifically for the site. That this plug-in, which I can only imagine will be used by many others in the DH community, was developed in the specific context of a materially-concerned archive in some ways represents a reclaiming of the dangers of prescriptive software, as it will spread some of that same emphasis on materiality to countless other projects. 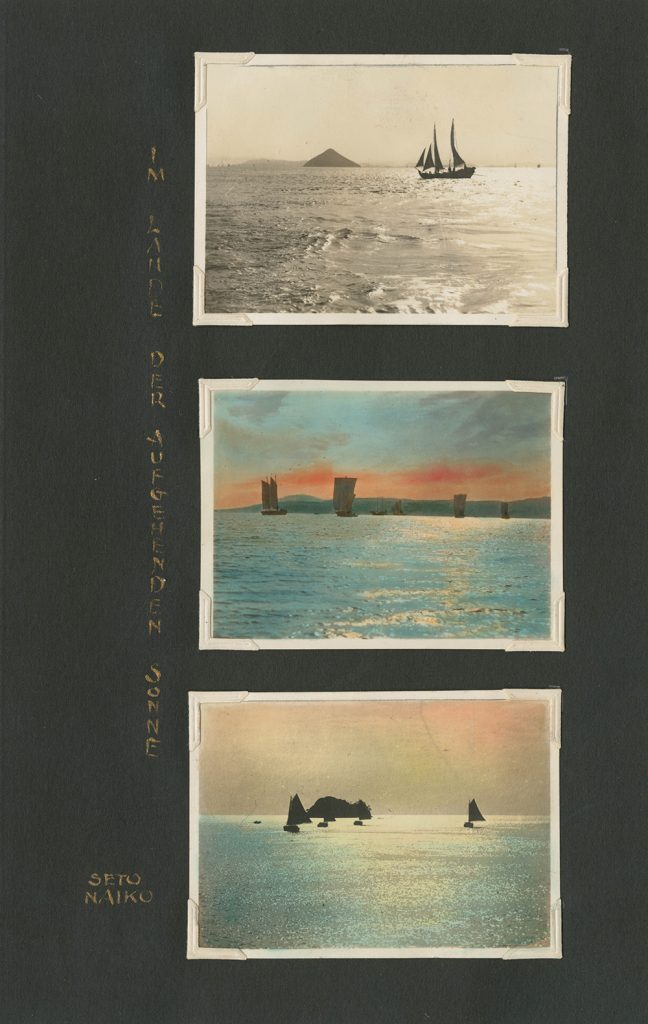 I joined REJ in the middle of the site’s transition from WordPress to Omeka. Following the stages of this transition exposed me to important conversations about best practices in file management, how to determine metadata fields, and other related issues that comprise the behind-the-scenes critical thinking of any digital project. In short, just as a two-dimensional image does not necessarily neutrally convey a three-dimensional object, an item’s metadata does not neturally convey the item itself.

When I first started with REJ, I knew little about Omeka except that its collections management and exhibition creation tools might be applicable to some of my own art history-oriented projects. My experience with REJ encouraged me to explore the platform more in-depth in regards to my own discipline, since Bernardi’s project is based primarily in the methodology of Japanese cultural history. In the process, I have become aware of ways in which Omeka is geared toward the discipline of history in which it was created and therefore motivated to focus on how art historical questions both work and do not work within the platform’s affordances (see Histories of Photography).

Inspired by REJ’s engagement with Jules Prown’s theory of material culture, I am currently planning an article that explores these ideas in conjunction with his pioneering work with computer databases in the 1960s.

During my tenure as an Andrew W. Mellon Fellow in Digital Humanities, I designed the fellows’ promotional material and both designed and maintained the fellows’ website.
Built on WordPress, the website was hosted on university servers, which made for some logistical challenges around updating files, installing plug-ins, and so on. 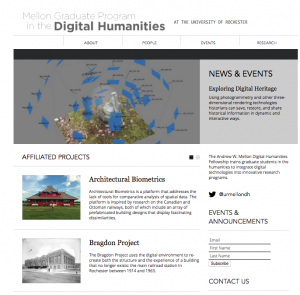 My primary goal for poster design was to use a consistent, recognizable style that would tie our different events together.